Nicknamed as the City of Dreaming Spires, inspired by the well known university, Oxford is known for it’s 38 colleges around the city. But there is a lot more to the bustling city and plastic pollution is high on the agenda.

Oxford has a huge transient population. Besides the 46,000 people commuting into the city every day, there are 40,000 students studying at the two universities during term time (the largest proportion of adult full-time students in the UK), and around 7 million visiting tourists every year. That is a lot of thirsty people on the move in Oxford!

Normalising the use of reusable water bottles for all those who live, work and visit Oxford could potentially have a huge impact on the consumption of singles-use plastic bottles. And that’s exactly what Refill Oxford aims to do. 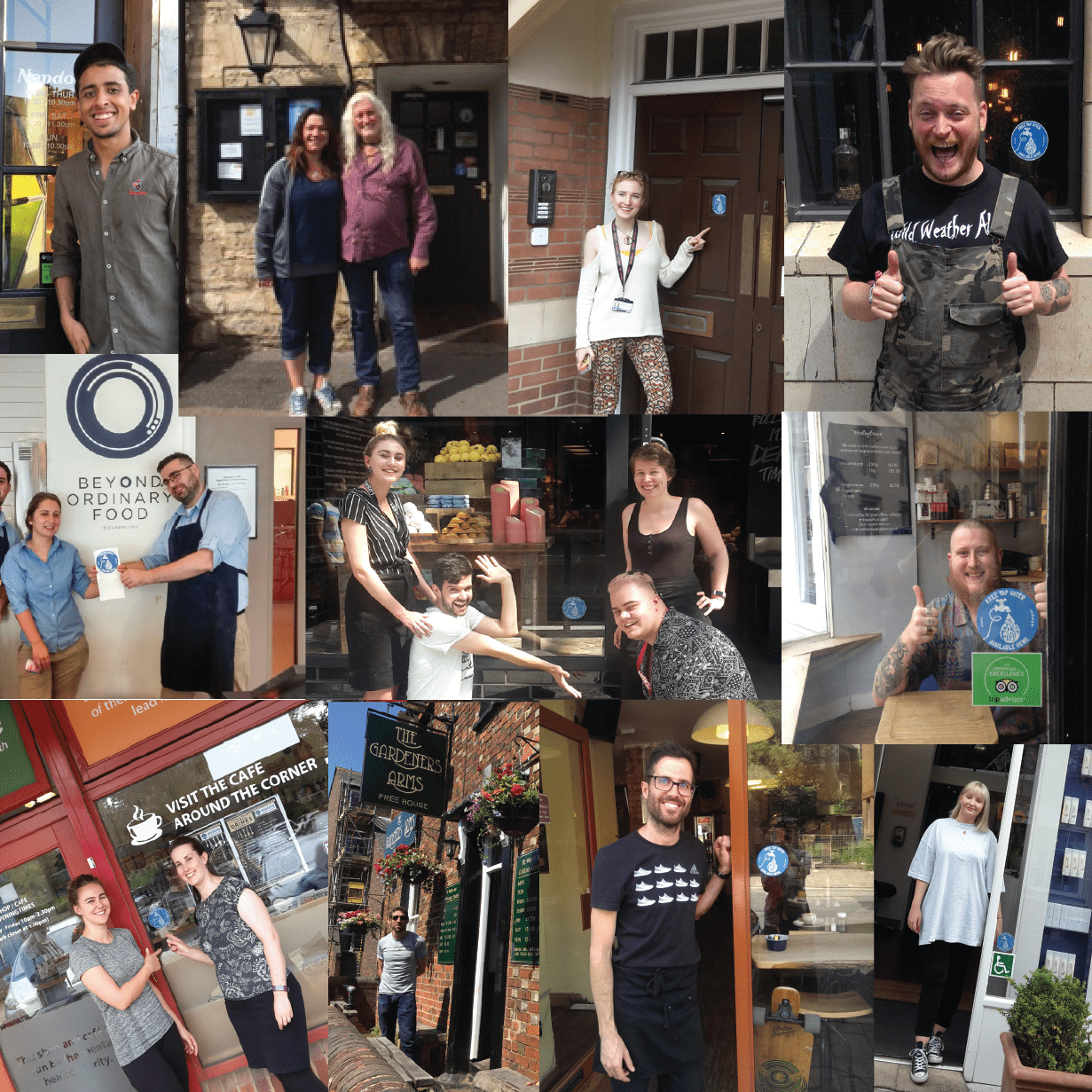 The Lord Mayor of Oxford, Cllr. Colin Cook said, “On the 15th May 1617 the first public supply of fresh water came to Oxford via the Carfax Conduit. Just over 400 years later we take potable water for granted and many people carry bottled water with them as a matter of course. I am more than happy to support the efforts of Refill Oxford to reduce the scourge of single-use plastic drinking bottles and their efforts to secure more sources of drinking water in Oxford.”

A team of 30 dedicated volunteers, organised by Martha Wiltshire, has signed up over 100 new Refill stations across the city Refill Oxford is sponsored by W&S Recycling along with support by Oxford City Council, Oxford Bus Company, Experience Oxfordshire, The CAG Project, Friends of the Earth, Oxford and WRAP.